The CMC XY400 design is retro-inspired, with a single cylinder four-stroke engine, a big round headlamp, chromed fenders and a square rear light with a single saddle.

The design is further enhanced by the rubber pads on the fuel tank and peashooter exhaust. Aesthetically, the bike looks rugged and cool, while being powered by a 397cc engine.

The bike is assembled right here in Malaysia and distributed exclusively by Chear Global Sdn Bhd.

When I was introduced to the XY400, I did not have any high expectation, but the company’s general manager gave an assurance that this bike would surprise me.

The sitting position is up right, thus the handle bar has been designed well to meet that purpose, which also offers good control over the bike.

Foot controls of the XY400 are wide enough to give me a good feel of the rear brakes and during gear shifts.
During my ride to Temerloh, my bottom was extremely comfy on the wide and firm saddle.

Meanwhile, the indicator buttons, which were placed on each bar were easy to operate even with the gloves on. 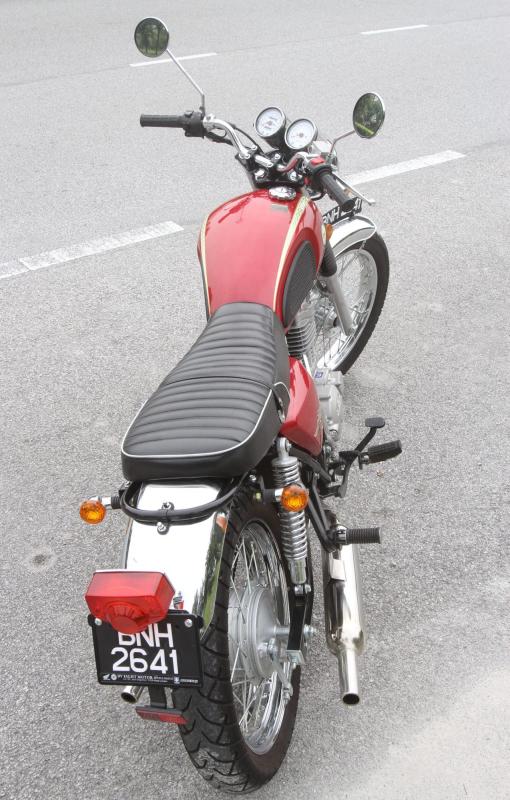 I must say that a lot of thinking has gone through to the ergonomics of this 166kg (wet)  bike that was made it is easy to handle in town and around traffic jams.

During rush hour in the city, the bike was able to manoeuvre through traffic with no hesitation and careful “zig-zagging” between cars was a piece of cake.

This is due to the slim design of the bike and the natural seating position making it an ideal bike to commute in the city.

The three days with the bike, allowed me to complete all my chores that were piling up for the last two weeks.
In order to find out how the bike fares on the highway and back roads, I decided to ride the XY400 to Temerloh from Kuala Lumpur.

I was surprised with the bike’s performance, agility and toughness.

Every time I thumbed the electric starter early in the morning, the engine comes alive without hesitation.

Being a single cylinder type, I was prepared to start the engine a few times, but it fired off easily just fine and dandy.

Staying true to the old school design, the bike also has a kick starter too.

I tried starting up the XY400 a few times using this old method, but obviously my leg was not strong enough.

During the ride on the Karak Highway, the bike was smooth, although the perennial problem of any four-stroke single-cylinder engine is vibration.

I felt the vibration at the handles, but it was not hard enough to give me a head shake.

On the highway, torque starts to pick up strongly at about 3,000rpm, while travelling at 80kph in second gear.

This 400cc engine produces 26.5hp with more than enough torque.

I had initially underestimated the power of the single-cylinder engine of the XY400.

Actually, power is in abundance on this retro-looking bike, thus giving me generous amount of oomph to ride from first to fifth gear.

The transmission’s gearing was close to perfect when  downshifting from 100kph to 40kph. I must admit the five-speed transmission was smooth, assisted by the soft cable clutch.

Squeezing the clutch only needed two fingers instead of five, and with a light foot for shifting gears along with a responsive throttle, I was the king of the road.

The XY400 did very well in sharp corners and twisties on the back roads of Temerloh. I was particularly impressed when I entered and exited two tight corners in style.

My riding buddies could not believe that I took these corners at 90kph.

The XY400’s torque band was good enough for me to enter and exit with confidence. 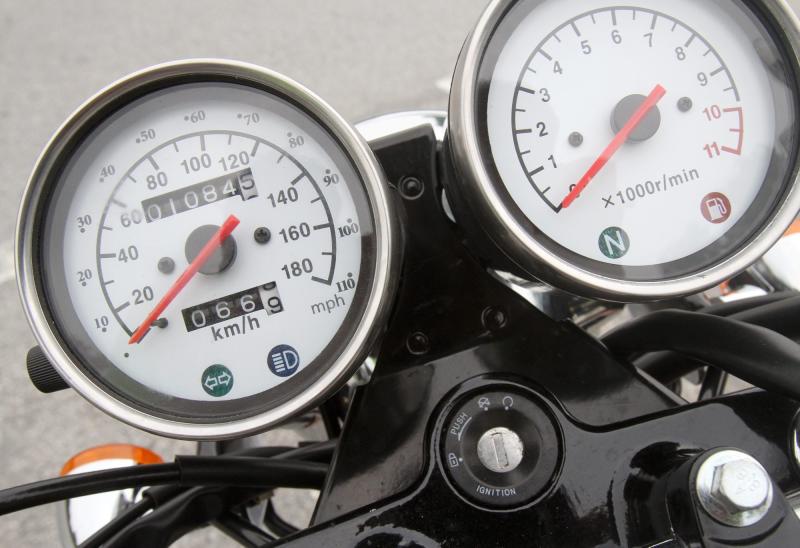 There is a lot of power available in the lower rev range and the bike rolls comfortably at high speeds without any strain on the engine.

On perfect roads, there are no complaints about the rear shocks, but the minute the bike gets onto some rough patches of pot holes or uneven roads, the rear damping becomes less than satisfactory.

It’s not bad till it starts hurting your back, but it’ll definitely need some improvement. Meanwhile, the front suspension is firm, but it does plunge occasionally at speed. 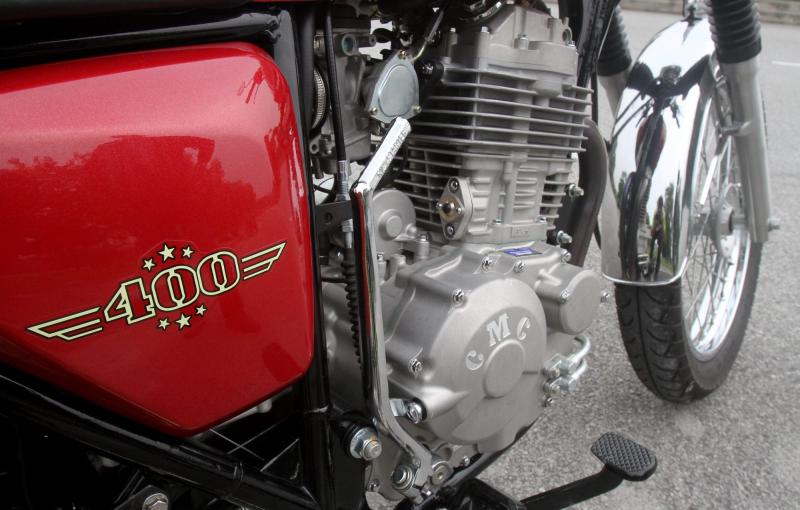 The front brake is a 275mm single disc, while the rear sports a 160mm drum, but overall the bite seems enough and performed well for stopping  after having tried a few sudden stops in the rain.

My verdict on the RM16,800 (price without GST) XY400 is that it is a simple, low maintenance and reliable bike that’s suitable for daily commutes in classic fashion.

And you can also do the outstation rides when you want to break away from the hustle and bustle of the city.

Who is Go Takamine, and What does “Brat Style” mean?

No one likes ads. So let’s do something about it.

Got any enquiries?
Talk to us!